Today, I read to the unfortunate children whose schools are not being used as polling stations for the Lisbon Treaty referendum, therefore they had to go to school whilst other young people had the day off…

I can sympathise, my school was never used as a polling station, and I remember at least once being driven to another school later in the evening whilst my Parents exercised their democratic rights.

The kids I read to today, didn’t seem to mind they had to be in school…

The day started, again, with breakfast including Coffee, and then Edel, from Clare County Libraries, came to pick us up at the B & B to take us to Skariff Library, a lovely new Library which I would not be reading at…

When we got there we were told that I was actually going to the school itself to read and we were all driven up to a School by the name of, ‘Raheen Wood’ a Steiner School in a lovely wooded area.

The School was made up of many wooden huts and buildings, one of which we were taken too by one of the Students, and a few minutes later around 50 children shuffled in with their own chairs. This school were really prepared and had studied many of my poems, sometimes reading along with me. It was a most enjoyable reading, finishing off with a tour of the school and most impressive it was.

After the tour, we travelled to Killaloe, with the aim of me reading at the library there. Before this we went to a lovely Coffee shop and Deli called, ‘The Coffee Pot’, Highly recommended for eating and drinking if you find yourself at Killaloe, Co Clare.

After this I did my last reading of the week, and last for County Clare during this festival. A group of around 40 females were read and sung too, and again it went exceptionally well, I was told by a young girl that, ‘Don’t ever stop, because you make Children happy and if you were to stop Children will be sad, do you want to make Children Cry?’

I don’t think I’ve ever received such a wonderful comment, or such a large responsibility, I hope I’m up to it.

In all an enjoyable time was had in Clare, thank you to Patricia, Irene, Edel, My wife Daria, all Librarians, all teachers and especially all the Children I read too.

Here are some photos of today. 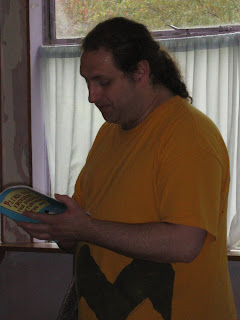 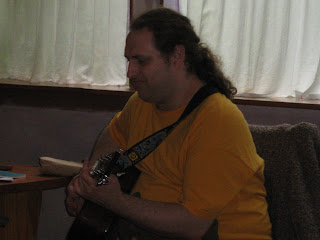 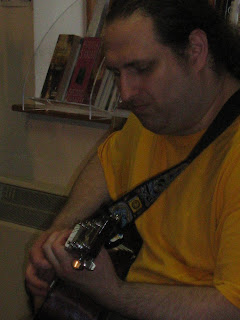