Dangers of Living in Dublin

So, I am now a resident of Dublin’s Fair City where the Girls may be pretty but the Soap Opera that has taken its name from the song is terrible, probably the worst programme ever viewed on a television screen… But that really is beside the point… So what is the point I hear absolutely no-one ask?

Although we have already had one scare whilst living in Dublin… Last Sunday, our first day in Dublin, we decided to go into town and watch ‘Indiana Jones’ (excellent film but that is not important for this blogs purpose) and we were sitting on the last Dart home when there came an announcement telling us that the train will be waiting there for a while to accommodate the Concert goers, ‘Concert Goers?’ I wondered, ‘Who are these concert goers’ asking the same question to my wife who also didn’t know I suddenly remembered that Westlife were playing at Croke Park and I became panicked at the thought of the train being descended on by a whole group of Mad Hyper-upped Westlife fans… I started to run up and down the carriage screaming in panic until my wife told me to sit down and stop over-reacting… After 20 minutes the train left with absolutely nobody getting on, I let out a relieved sigh and realised I was safe… I also came up with the conclusion that Westlife fans do not use public transport and are therefore bad for the Environment, why Aren’t Madonna and Al Gore campaigning to ban Westlife? (Just a joke)

Anyway, looking forward to living in Dublin… In honour of the start of the Euro Championship today, I include a football poem with this blog.

Frank Zachary Frumpet flew to France
To see his Favourite Football team play.
It cost him a lot of money
To fly over for a day.
It was the first leg of a European game
And his high hopes were held.
He’d been resting his voice for the past two days
So clear instructions could be yelled.
He fed on frog legs and fish
Before finding his way to the ground.
When he got there he thought it was strange,
As he couldn’t hear any sound.
He found someone he could ask
And said, ‘I hear no sound at all
Where’s the traffic and the fan’s
Who paid to see the football.
The man replied, ‘But Monsieur
A mistake you have clearly made
The first leg is in England,
Here’s where the second leg’s to be played.
Your journey need not be wasted,
Now you’ve the perfect opportunity
To use this mistake to your advantage
And see some more of my country.’
So Frank he took a holiday
And more of France he did see
But he knew that from now on
He’d check his tickets more carefully. 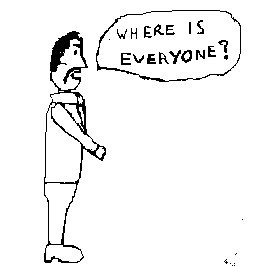